All cable car operations at the Table Mountain Aerial Cableway Company (TMACC) will be suspended at the end of July, to allow for annual safety maintenance to be carried out. The shutdown (between 25 July and 28 August) allows for the maintenance of the Cableway’s upper and lower stations and the cabins.

The process this year is extensive and complex, which will require a five-week long complete shutdown, as the work scheduled for this year cannot be carried out in between normal operations.

“We take the safety of all visitors at the cableway seriously, and the maintenance shutdown reflects our commitment to ensure the best experience possible for all visitors. By consistently taking the necessary steps, we can continue to attract and safely move thousands of tourists to the top of the mountain,” says Wahida Parker, Managing Director at TMACC.

The shutdown is a vital measure to ensure safety on the cableway, allowing it to run optimally, and reducing technical delays. It also helps TMACC to comply with safety standards set by Seilbahnen Schweiz — the Swiss Governing body for Cablecar standards, and BAV — the Swiss Department of Transport.

“During the earlier stages of the pandemic, our operations were already interrupted for extended periods of time. We used this available time in 2020 and 2021 to carry out some of the maintenance that was scheduled during that period,” says Parker.

Last year’s maintenance work included a general inspection, testing and calibration. High-use items in the cabins, such as door mechanisms, were also inspected and serviced.

Parker says industry safety standards require that a more comprehensive and all-encompassing shutdown is implemented this year, to allow for the required work to be done properly. This, she adds, is why all cable car operations will need to be suspended for an extended period. Food and beverage sales at the lower station are not affected and will continue.

“The focus for this year will be on the track-ropes which carry the majority of the weight of the cablecars, along with the brackets from which the cabins are suspended, and the hydraulic braking system situated at the Lower Station,” says Emile Streicher, Executive Manager of Technical at TMACC.

“Servicing is done according to a service schedule which is time, usage, and condition-based. Many of the specified service intervals are more than six years and servicing tasks usually differ from year to year,” he adds.

In accordance with Seilbahnen Schweiz and BAV requirements, the scope of work for this year’s maintenance shutdown includes:

• Shifting the 4 track-ropes (the thick cables carrying the weight of the cars) to eliminate the most frequently stressed sections moving along the supports at the Lower Station. 40m of unused rope will be fed into the system for each track rope at top station, and 40m of each rope will be removed at the lower station and reattached to the 130-ton counterweights.

• This work further includes overhauling the 8 wheels which carry the slack of the thinner ‘haul-rope’ cables and performing the 2-yearly non-destructive testing of the full length of the track-ropes for structural integrity. Teams of Swiss Technicians from the equipment manufacturers will be working alongside our own Technicians during this period.

• Replacement of loadbearing brackets from which Cabin 1 is suspended. These are done out of sequence with brackets on Cabin 2 (which is due for replacement in 2023). A Swiss Technician from the equipment manufacturer will be working alongside our own Technicians during this work.

• Overhauling the hydraulic brake system in the Lower Station Plant room. A Swiss Technician from the equipment manufacturer will be working alongside our own Technicians during this work.

• Annual servicing of the Variable Frequency Drives controlling the speed of the main electric motor for the cable car. Local agents for the speed control equipment will be performing this service work

• Service and inspection of the electronic control system for the cable car have already been completed by a Swiss Engineer from the equipment manufacturer.

“While our cable car service will not be operational for an extended period, hikers and mountain climbers will still be able to make their own way to the top of the mountain and back down by foot. They can also still buy a cup of coffee or something to eat at the lower station. Anyone who celebrates their birthday during the shutdown can still make use of our free birthday ticket promotion until the end of September,” says Parker.

You can follow Table Mountain Aerial Cableway Company’s social media channels for updates on the maintenance work, or visit www.tablemountain.net 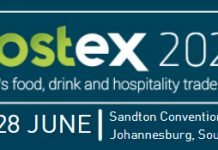 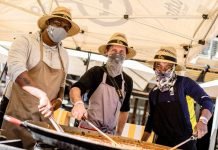 Join the Mandela Day soup challenge and feed the hungry 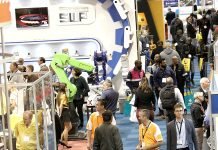 More to see and do at Electra Mining Africa, celebrating 50 years this year