The KwaZulu-Natal Provincial Government and Messe Frankfurt are pleased to announce that Durban, KwaZulu-Natal has secured a bid to host the Inaugural Economic Zones Africa Expo (EZAE), which will be hosted at the Inkosi Albert Luthuli ICC (Durban ICC) from 18 – 20 October 2022.

The MEC for Economic Development, Tourism and Environmental Affairs Mr Ravi Pillay has welcomed this development and stated that it will further enhance KwaZulu-Natal’s positioning of SEZs as growth engines of the provincial economy. “Currently there are two SEZs in the province and their strategic location provides them with a competitive advantage to offer full range of services which is Industrial Development Zones, Free Port, Trade Port and Sector Development Zones.”

South Africa has 11 Special Economic Zones at the moment, strategically located in vital economic corridors and spread across key sectors. “SEZs are the main anchors of government’s strategy to transform the economy and position it as a globally competitive industrial economy. They play a critical role in our strategic objectives of creating industrialised regional economic growth and development. It is for this reason that in his State of the Province Address in February 2021, Premier Sihle Zikalala announced that the Province will establish the third SEZ which will be dedicated to clothing and textile and will be located in the corridor from Newcastle with the main hub in Ladysmith, in the Province’s midlands,” said Mr Pillay.

The Economic Zones Africa Expo (EZAE) is organised and owned by Converge Business Events in partnership with Messe Frankfurt SA.

As a reliable partner to key industry sectors, Messe Frankfurt creates innovative networking platforms. Thanks to its extensive global presence and longstanding expertise, Messe Frankfurt offers clearly defined solutions in close cooperation with policymakers and, above all, with the sectors represented at their trade fairs.

“Fostering trade relations and promoting local economies is at the heart of what we do. With Economic Zones Africa Expo (EZAE) we engage in an area that helps our customers across many industry sectors to invest in Africa through special economic zones” says Michael Dehn, Managing Director of Messe Frankfurt South Africa.

The event of this magnitude will elevate the profile of KZN and also uplift the economy and boost business tourism of the province. The KwaZulu-Natal Provincial Government through the Department of Economic Development, Tourism and Environmental Affairs (EDTEA)) and its stakeholders: Convention Bureau, eThekwini Municipality, Dube Trade Port, Richards Bay Industrial Development Zones, Trade and Investment KwaZulu-Natal (TIKZN)band other stakeholders have expressed their gratitude and commitment to host an event of this caliber as part of their efforts to reconstruct and transform their economy. 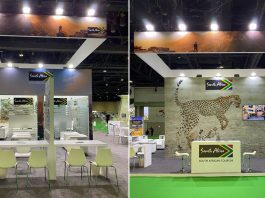 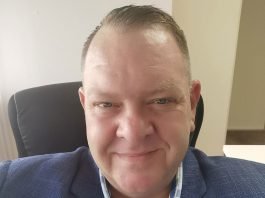 ABOUT US
Voice of the Business Events Industry in Africa
FOLLOW US
© Copyright © 2013 - 2021 Contact Publications (Pty) Ltd. All rights reserved. No article may be published or reproduced without prior written permission.
Business Events Africa