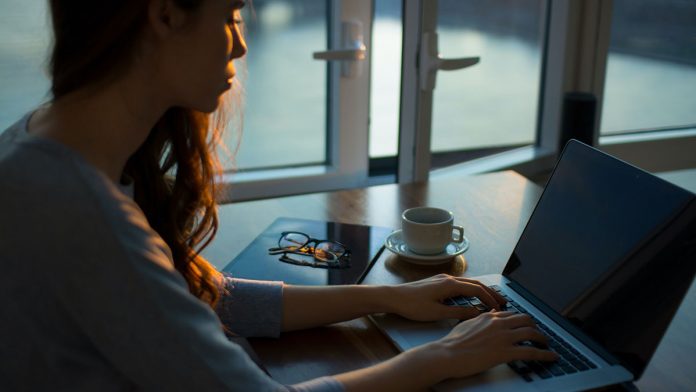 For the second year in a row, South Africans have scratched their heads in wonder at how difficult the previous 365 days were and celebrated 1 January by wondering whether the fresh start we need will come this year. Unfortunately, Covid-19 has likely changed the world’s economy – and ours – forever, but that does not have to be bad news.

What we are experiencing is a great shift in labour relations. Concepts of a ‘job’ as we knew it was changing before Covid-19’s arrival, but these trends have accelerated since 2020. While evidence of the so-called Great Resignation may not be conclusive yet, the sudden necessity for organisations to engage in hybrid work structures as a result of social distancing has made many employees think twice about ever going back to an office job.

One trend that has spun off from the work-at-home trend is that professionals have not only set up home offices — they now view themselves as virtual organisations, fuelling a rise in resignations and freelance work as independent contractors.

These skilled professionals are now also able – thanks to the wonders of modern communications technology – to contract their time and output to foreign companies. The age of hiring internationally with zero cost and complicated relocation of talent is upon us.

The grease in this great wheel of change is the internet. Just as there are now many ways to meet a partner or potential spouse via a mobile phone app, the technology to bring together work seekers and work providers on a contractual basis has exploded in recent years.

M4Jam is a South African example of a gig economy platform — essentially a network that sources subscribed talent to complete micro-tasks for organisations that do not need or want to hire full-time employees to fulfil those tasks. CEO Georgie Midgley says the pool of registered jobbers and corporates to be brought together has grown rapidly over the last few years. “Since 2020 we have seen a 111% growth of jobbers on our platform and paid out R21,8m for jobs undertaken.” Midgley says.

Midgley predicts that the typical demographic profile of a jobber will broaden substantially from 2022.

“While the majority of jobbers registered in the early years of the platform tended to be educated to matric level, we are seeing many more registrations of highly educated and skilled people taking up gig work. The reason is both supply and demand — workers quitting formal working arrangements to carve out careers that suit their desired lifestyles more, and organisations realising that they can find skills and productivity outside of the traditional structures,” says Midgley.

The growing uptake of gig economy work has also widened the age bracket of the typical gig worker. “While M4Jam is still dominated by the younger generation of those aged 18-35, we are seeing a surge in older jobbers becoming actively engaged in gig work. This could be part-time around formal work or as part of a full-time gig economy strategy with registrations on various platforms,” adds Midgley.

Groups of individuals are also forming distributed and informal networks as virtual companies, bringing together complementary skills to take on larger projects they could not tackle on their own. It is likely that many skilled workers in future will be partners in several virtual companies at any time to increase workflow volumes.

The ’side hustle’ has become the norm, with even highly paid full-time employees taking on gig work for reasons ranging from interests in other fields to economic challenges. “More corporates will embrace the world of gig work in South Africa, which may lead to slowed growth in formal positions such that gig work becomes the norm. There are few functions so central to an organisation that cannot be fulfilled by independent contractors.

“One of the benefits of this arrangement is that people frequently develop a range of skills they would never be able to take on board in a regular job. Organisations can also benefit from the variety of styles and talents now open to them to fulfil a single function – particularly if it is a creative requirement,” Midgley says.

Though the uptake of gig work seems to be an obvious trend, Midgley says there will be no sudden transition. “There is still a lot of work to be done in South Africa before the gig economy is seen as a viable and sustainable solution to our socio-economic issues. First, we need a greater focus on the legal protection of the rights of gig workers so that exploitation does not become the norm. We need the involvement of agencies like Fairwork, which monitor and provide oversight for the contracting of gig workers worldwide.”

Then, there is the skills challenge. While M4Jam offers training to jobbers to raise skills to specification for the fulfilment of required tasks, it cannot fall to gig economy platforms to substitute for skills generation. “Tertiary education, in particular, will need to follow employment trends and meet the needs of learners whose ambitions have evolved beyond seeking formal employment as the only valid end to their studies,” says Midgley.

Finally, corporates need to play ball. “There is still a certain amount of reluctance about relying on independent contractors and trusting the platforms, but gig economy platforms around the world have shown that the arrangement works. It is inevitable that the gig economy will grow,” she adds.

M4Jam is a Gig technology company that connects organisations to communities through its mobile platform. The platform enables businesses to quickly and cost-effectively evaluate, activate and optimise new or existing markets, even in the hardest to reach informal communities. The Fairwork Project, an international academic research organisation, ranked M4Jam in the top 20 globally for protecting its registered contract and temporary workers from the impact of Covid-19 on their livelihoods.

M4Jam is the United Nations Global Champions for 2021 under the category of smart settlements and urbanisation for its focus on providing temporary and contract work opportunities to economically disadvantaged communities in South Africa, and has been selected as the best and most innovative digital solution from the country.