One of the world’s fastest, longest, and highest zip slides is ready and waiting for passengers to enjoy a breath-taking view of all what Sun City has to offer, at super speeds usually achieved on a freeway.

If you’re an adrenalin junkie, there can be nothing better than zipping over Sun City at an average speed of 120 km/h over two kilometres, and possibly reaching speeds up to 160km/h.

Having held records for six consecutive years, the Zip 2000 is still one of the world’s longest zip slides. There is a higher zip slide in Alaska, there’s a longer zip slide in South America. But to get the total thrill of speed, distance and varying heights above ground Zip 2000 is the ultimate and original experience.

Zip 2000 has been in operation since 2004 at Sun City, South Africa’s kingdom of pleasure, just two hours from Johannesburg and adjoining the Pilanesberg Game Reserve. The Zip 2000 has an impeccable safety record and was designed and constructed by UNREAL CEO Tim Dawson.

The Sun City zipline adheres to all necessary safety standards and is certified by South Africa’s Department of Labour. ‘Flyers’ are secured in two separate harnesses and suspended below a free running trolley that is attached to a steel cable.

Solo and tandem slides are available, so this ride has an appeal for even the most amateur adventure junkie. Unlike many other adventure activities, this experience is open to young ones from the age of 12, making it a fun activity for the whole family. (So far, the oldest person to go down the slide has been a Scottish lady of 84!).

The Zip 2000 brings something extraordinary, outrageous, and fun to anyone seeking some action and adventure in a truly unique and unforgettable way. The Zip 2000 is more agreeable to some people than, for example, bungee jumping, because there is no ‘free fall’ and no ‘jerk’ involved. “It is a flying feeling, not a falling feeling,” says Dawson.

The Zip 2000 is an ideal activity for the adventurous at heart – everyone from bungee jumpers to parachutists, water-skiers to golfers, horse-riders to housewives, in fact – anyone! It can, and has, been used for marriage proposals, birthday, or anniversary gifts.

If, however, you are keen on a more relaxed experience, the team that built the Zip 2000 also built the rope bridge and The Maze of the Lost City, a fun adventure for all, located close to the Sun City Entertainment Area.

One of Sun City’s hidden gems is The Maze of the Lost City. The largest permanent maze in the Southern Hemisphere, it is constructed from artificial stone and wood, creating the illusion of an ancient archaeological discovery. It’s just as much fun for families to explore, as it is for teambuilding and corporate functions.

The Maze of the Lost City was added to Sun City Resort in September 2012 and covers a half-acre. It’s accessed via a 100-metre-long suspension bridge from the Entertainment Centre and offers some of the most spectacular views of the resort, particularly of The Palace of the Lost City and the Gary Player Golf Course. When night falls, flaming torches light the paths along the chambers.

At the end of the labyrinth is the Maze Bar, which has a selection of ice-cold craft beers on tap. The craft beer menu is updated regularly so you can always expect something new at this unique Sun City maze bar.

If you can’t wait to quench your thirst and are tired of wandering around seemingly aimlessly, there are escapes built into the maze, so you can leave at any time and head up to the bar.

For those considering team building, the maze can be hired out for private parties, conferences or as a dining area, hosting up to 200 people. However, numbers will be adjusted according to regulations at the time. 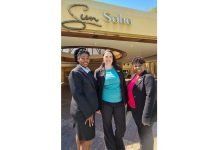 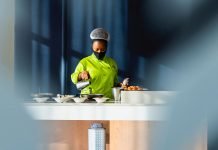 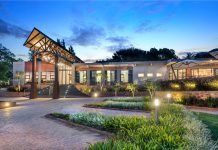