The Wild Coast Sun, Sun International’s only beach resort on the unspoiled coastline between KwaZulu-Natal and the Eastern Cape, is marking 40 years of creating unforgettable memories for holidaymakers.

Built at an initial cost of R25-million rand, the Wild Coast Sun opened its doors for its soft launch on 18 October 1981 in what was then the Transkei, and the resort opened to the public on 1 December of that year.

Since the early days in the 1980s when a three-night stay, including breakfast and activities started at just R139, and staff needed permits to work in the Transkei, thousands of guests have taken a walk on the wild side. Prior to Covid-19, the Resort welcomed 309,851 guests a year, on average.

“Out of season rates for sea-facing rooms are about R50, and in season, as demand escalates, the price rises to R73,” reads a Sunday Times article on October 25, 1981. “If you’re not well-oiled, you’ll need some luck at the roulette wheel to keep you at this lap of luxury.”

During Apartheid, when gambling was illegal in South Africa, Durbanites used to flock by bus over weekends to try their luck at the Wild Coast Sun Casino. The Eastern Cape Gambling Board recently granted Wild Coast Sun a 20-year casino license, bringing certainty to the Resort’s employees and surrounding communities. The casino has paid out over 1,2 billion to more than 58,000 guests since the beginning of 2017 to 2021 year to date.

The Resort, straddling the Eastern Cape side of the Mtamvuna River border with KwaZulu-Natal, and which also runs along the Indian Ocean coastline, has an 18-hole championship golf course designed by leading United States golf course architect Robert Trent Jones II and built for R2-million in May 1983.

In 1986/7 the Resort was further upgraded and expanded at an additional cost of R25 million, with the addition of a new wing of 136 hotel rooms, a swimming pool and a solarium. The Convention Centre was built in 1990, and in 2010, the property had a R460 million revamp, with the addition of the Wild Waves Water Park. Today the four-star hotel boasts 396 well-appointed bedrooms.

“A picture of the Wild Coast Sun even featured on the Transkei 10c postage stamp,” said Wild Coast Sun General Manager Peter Tshidi, the most recent incumbent who joined the Resort in 2019.

“From its earliest days as a casino and hotel, the property has grown into an exciting beach resort with an endless array of fun activities for the entire family to enjoy — from the Wild Waves Water Park which has become a ‘must do’ on every South Coast holiday, to horse riding on the beach, Segway tours, boat trips, waterskiing and paddle boating,” Tshidi said.

Those who prefer a more sedentary lifestyle can head to the Mangwanani Spa, for a total pampering and escape from the real world. 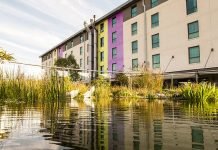 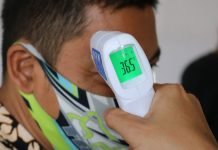 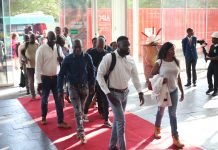