The Johannesburg Convention Bureau, which is part of Jo’burg Tourism, is one of the exhibitors on the SA Tourism Pavilion at the International Business and Tourism Meetings world convention in Barcelona, Spain, this week.

The annual tourism industry event kicked off on Tuesday, November 29 and runs until Thursday December 1, bringing together hosted buyers and organisers of large international meetings, events and exhibitions.

“The Joburg Team has been unbelievably busy, with more scheduled meetings than anyone else on the SA Pavilion – 12 meetings with confirmed buyers over 24 hours and a further 19 meetings still to take place. Joburg is without a doubt delivering our services with pride to our international buyers,” says Sharon Peetz, MMC for the City’s Department of Economic Development.

The Johannesburg Convention Bureau is responsible for promoting Jo’burg as a premier business events destination, providing innovative options and ensuring that patrons leave with memorable experiences. According to Jo’burg Tourism’s Laura Vercueil, events such as these are an leveraging point important for tourism, as the City of Johannesburg hosts several prestigious big ticket events that inject millions of rand into the economy every year.

“Hosting events has a direct and positive economic and development impact on the city and all who work and play within its boundaries. Economic benefits include spend, job creation and changing the perceptions of visitors,” says Ms Vercueil.

“Large business events often attract between 500 and 1 000 international guests, who generally stay for between 14 and 19 days, with a direct or indirect contribution to the tourism value chain, including accommodation, restaurants, tourist attractions and transport services.”

Joburg is the continent’s financial and commercial hub and an all-year-round destination for leisure, lifestyle, sports and mega-events. More importantly, it is a centre for trade, development and investment opportunities.

Local tourism, which has boomed over the past 20 years, also benefits from business tourism and meetings, as tourists also visit local attractions – from world renowned heritage sights like the Origins Centre at Wits University, the Apartheid Museum, Liliesleaf Farm, Hector Pieterson Memorial in Soweto, Museum Africa and the SAB World of Beer – as well as the edgy lifestyle precincts and destination market scenes which are burgeoning in the regeneration of the inner-city. 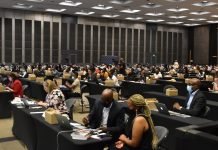 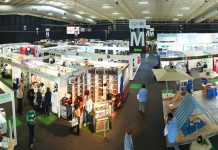 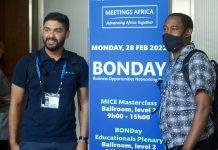