Sandton Convention Centre started off 2013 as one of six venues chosen worldwide to launch the eagerly awaited Blackberry 10. The new smartphone was launched in New York, with five other launch events held simultaneously around the world – in Toronto, London, Paris, Dubai and Johannesburg – by Research In Motion (RIM). In addition to launching Blackberry’s two latest devices, the event also served to introduce Blackberry’s latest operating platform, the OS10, along with its latest processor and an array of new apps, all bundled into the new slick designs of the Z10 and Q10. It also gave RIM the opportunity to declare that it would no longer be called RIM but would now become known as Blackberry, identified by its flagship product.

The SCC’s February line-up saw Meetings Africa 2013 producing new benchmarks for the tourism industry in South Africa. This year’s show recorded the highest attendance figures since the inception of the event. “The hosts of Meetings Africa, the South African National Convention Bureau, can take enormous credit for creating a quality show which attracted 2 884 delegates, including 300 international regional and local buyers from India, United States of America, Canada, China and Brazil. This is a significant achievement which will have a substantial impact on the conference industry, as 78 per cent of the buyers were first time buyers at the conference,” Ms Nyazema said.

February culminated in the 5th annual Africa Energy Indaba, the foremost event for energy professionals. “The Energy Indaba forms the bedrock for businesses and governments in Africa to bring about vital change in the arena of energy conservation for the African continent as a whole and we are extremely proud to be providing a platform for continued new thinking in this field,” Ms Nyazema said.

March saw the convention centre providing the platform for an event labelled by the Mail & Guardian as the ‘must see event of the decade’, the SA Success Summit.  The summit presented world class experts and thought leaders from around the world, sharing topics on wealth, entrepreneurship, personal development, relationships and health. The summit attracted over 4 500 delegates yearning for knowledge and ideas, from the minds of Sir Richard Branson, founder of the Virgin Group; Greg Secker, founder of Europe’s number one Trader Coaching Company; and Dr John Demartini, world-leading human behavioural specialist, educator and author.

It is no coincidence that when Yale University needed a top-tier leadership expert to inspire and train their entire professional staff compliment they chose Canadian speaker Robin Sharma, and when Sharma came to South Africa for his world tour on “Lead Without A Title: Winning Leadership Lessons to Build a Great Organisation” he chose the Sandton Convention.

Ms Nyazema said: “At the Sandton Convention Centre we understand that what happens here today will potentially have lasting impact tomorrow.  To have the opportunity to continuously host such thought provoking minds, willing to share experiences and ideas that will lead to change and a greater future, is humbling for us as a conference venue.”

The inaugural South African Premier Business Awards selected Sandton Convention Centre as the venue to host the first of what will become an annual event on corporate South Africa’s calendar, at the centre of Africa’s business hub. The awards were initiated by the Department of Trade and Industry, Proudly South Africa and Brand South Africa, incorporating an array of categories. The highlights of the evening included the presentation of the Lifetime Achievement Award to Dr Richard Maponya, while Miss Earth was awarded the top honours in the Young Entrepreneurial Category. 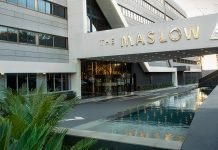 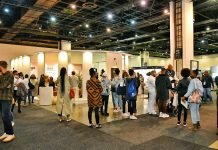 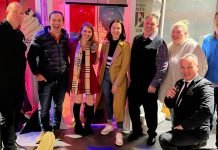 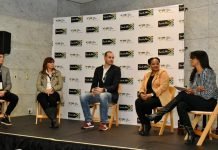 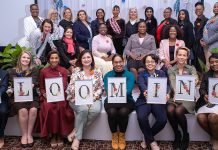